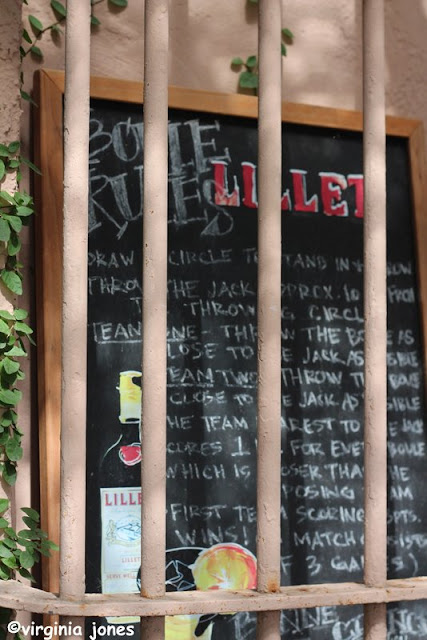 Out back at Chez Fonfon, on Birmingham's Five Points neighborhood, you'll find a boules court.  The rules were too good to pass up as I had a delightful lunch outside with friends last week.

Boules is a game played on France, similar to pétanque and bocce, which is played in Italy.
Posted by Virginia at 12:30 AM

I've heard of bocce... but not boules.

Nice atmospheric shot. We've got a couple of these places in the old Italian neighborhood and I'd love to shoot the games. But as a stranger, how do you get let in and trusted? It's not like shooting the players in the Jardin du Luxembourg.