Where Artists Create - The Technique 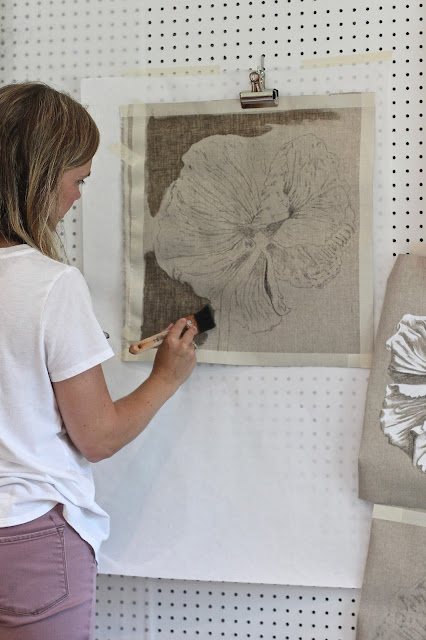 Emily Morgan Brown's charcoal and egg tempura botanical paintings on Belgian linen panels are breathtaking. I asked if she used acrylic paint and was amazed to learn that she used egg tempera which she makes herself using the dried flowers that serve as her inspiration in the paint. 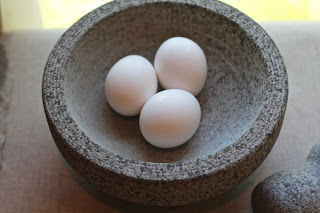 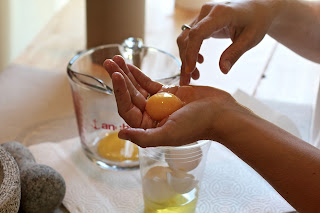 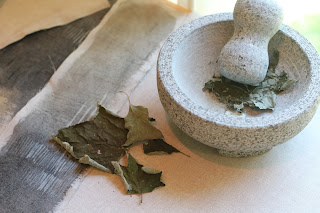 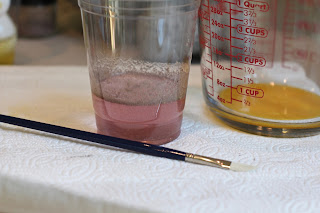 VJ: What is the inspiration for your work?

EMB: The idea for my work on linen stems from the ancient technique of grisaille (grayscale) painting. During the late Middle Ages and into the Renaissance as sculpture became increasingly popular, artists were commissioned to paint large frescos and panels to mimic the look of relief sculpture.

I'm also really inspired by texture and movement, which is how I chose the linen and decided to let it hang loose on the wall like a tapestry. In an effort to be true to my subject matter, letting the flower move with the air feels more natural to me than trapping it in a frame or stretching it stiffly over bars.
And of course, there's something inherently inspiring in using a technique and medium from the Old Masters 700+ years later.