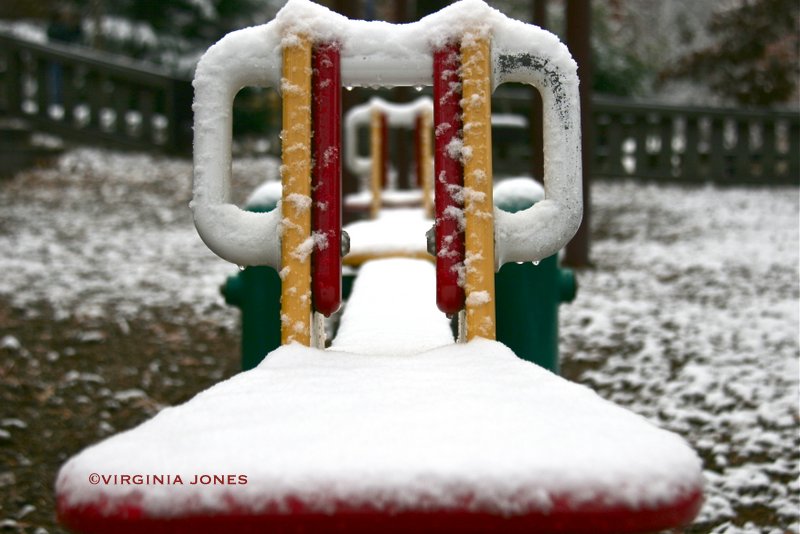 You need to know this. Here in Birmingham, we get maybe one snowfall a year. It usually lasts a day or two at the most. Last January 29, the weather gurus predicted a light dusting and what we got in spades was what is now dubbed, Snowmageddon! It shut the city down and thousands were stranded far from home in what was a huge event in our city. Oh I hear you all up there in the north snickering. Well we are a hilly city built between two mountains, no snow removal because we live in the south, and nobody knows what snow tires are. So we were in a predicament that we and the weather forecasters, have not forgotten. For the past week, we've had scare, after scare of ice? snow? icy snow? We've dodged the bullet but maybe, just maybe, tomorrow afternoon or night, we might seem some inches. Don't you worry about us. We have all been to the Piggly Wiggly and stocked up on our snow staples of choice. Some grab bread and milk. Others grab wine, wine and potato chips.

Today's shot is from a bank of snow photos I've had stashed for years. How many can I reasonably share in a week or so? I live for these days when I can drag out some more favorites. Stay tuned. You might get more new snow or you might get some potato chip/wine photos for a few days.
Posted by Virginia at 12:30 AM

Snow in your part of the continent would be crippling. The same amount of snow here would be a dusting.