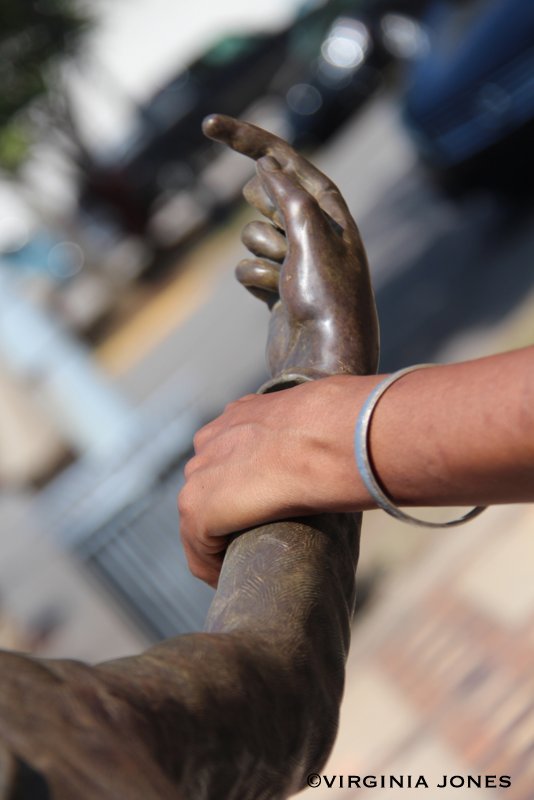 Elizabeth MacQueen's beautiful sculpture,Four Spirits, is a tribute to the four young girls whose lives were cut short when the 16th Avenue Baptist Church was bombed in 1963. MacQueen's piece was installed at Kelly Ingram Park to commemorate the 50th anniversary of the bombing. I have photographed it many times. Often I find it becomes a sacred space for those seeing it for the first time.
Posted by Virginia at 12:30 AM

This is a whole fresh new way of looking at it.

not to fear foreign