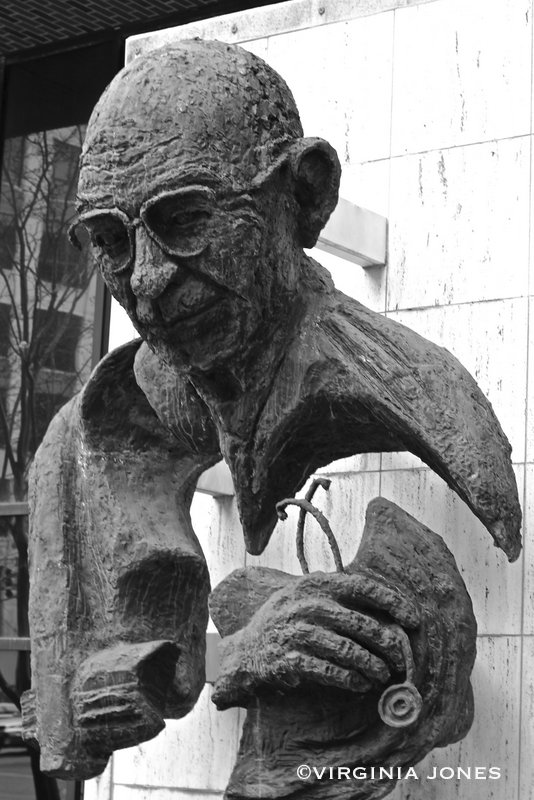 This sculpture by Birmingham artist Corday Parker is a fitting tribute to Tinsley R. Harrison, M.D.

Alabamian Tinsley R. Harrison (1900-1978) was one of the most influential physicians of the twentieth century. His worldwide fame rested primarily on his book Harrison's Principles of Internal Medicine, published in 1950 and reprinted 16 times and translated into 14 different languages. It remains the single-most-used and best-selling internal medicine text in the world. Harrison was the first chair of medicine and second dean at the Medical College of Alabama, now part of the University of Alabama at Birmingham (UAB).
Posted by Virginia at 12:30 AM

What a great sculpture, at first sight I thought for a moment it was Mahatma Gandhi. But this was a very talented man too. I like the way the artist made the hand.

Quite a sculpture- I'd thought Gandhi at first glance as well.